Cilantro commonly known as Chinese parsley is used in many dishes most especially Asian and Mexican dishes. We all love it in food because it boasts a unique flavor that is unmistakable to any other spice. Even though It is a favorite to many, but unlike other spices and herbs, cilantro is rarely planted outside. You will find that most homeowners often plant it indoors or prefer purchasing it from the grocery store. Nevertheless, if you are a gardener, then you know there’s nothing better than cooking with veggies and ingredients fresh off the soil. You get to enjoy all the nutrients, and you don’t have to worry about any chemicals because you grew it yourself. So if you’ve been having problems growing cilantro, then your lucky star is shimmering brightly because below is a step by step guide to help you learn how to grow fresh cilantro in your garden and become the envy of your friends and neighbors.

Before we take a deep dive into the growing and stuff, it is essential that you keep in mind that just like any other plant, cilantro is also affected by the weather. As a member of the carrot family, cilantro can grow under a diverse array of climatic conditions hence making it easy for you because you don’t have to be extra choosy with the weather. This plant adores bright light but not intense direct sunlight. Therefore during summer, it matures with forty to five days because the hot weather causes it to bolt quickly. The perfect temperature for cilantro is usually between 50 degrees and 85 degrees Farenhight. So, in a nutshell, the plant does well in warmer areas, but it can tolerate a light frost. Nevertheless, high temperature and light causes it to bolt and hastens flowering but, it reduces the development of foliage. So the secret ingredient to getting those beautiful green bushes of cilantro is planting in a spot where they are not too exposed to sunlight and heat.

The planting process begins with you preparing the cilantro seeds. How you prepare them determines how good their germination will be. Fortunately, you do not need some farming expertise to prepare them. Cilantro seeds are known as coriander and are what most people confuse the plant with (so next time you hear coriander keep in mind it’s the seeds). They are two of them encased in a light brown hard round husk. For the best and also stress-free germination process crush the hull to remove the seeds then soak them in water overnight and place them in a fridge especially if temperatures are higher than 60 degrees Farenhight in the morning remove them and leave them to dry.

Now the actual planting happens during this step. Here you have the option to begin by sowing them indoors or outdoors but since your aim is to grow them in your garden, it is advisable you start outdoors directly to avoid the hassle of having to transplant them later. Sow them in a wet spot of your garden and cover them with about a quarter inch of soil. Cilantro does better in well-drained and moist grounds, and the main aim is to maximize foliage so plant the seeds in a crowded part of the garden to prevent it from bolting due to the warmth and intense light. It will do you no good if you invest your time and money growing cilantro and then end up with a bunch of cilantro stems, so it’s advisable that you follow the advice we’ve just offered. One plant will yield tow cuttings before maturity so to encourage greener, fuller and bushy cilantro plants ensure that you do your best to maximize the foliage. Another way to do so is by pinching back young cilantro plants so you can encourage bushier cilantro plants. Also cut off the parts which seem to be developing flower buds if you are not yet satisfied with the foliage because once it produces seed, the plant quickly degrades. Once you get the desired outcome, you can now harvest, but if your aim is to get the coriander, then you should let your cilantro seed again and then reap. For a better harvest, sow continuously, like every week ensure you repeat the two steps with new coriander seeds so you can get a bumper harvest at the end of it all.

Similar to other plants, cilantro is also susceptible to bacteria, pest, and infections. Fortunately, unlike with others, you have to worry about a few because it’s strong scent tends to repel most insects and pests so you won’t spend much on pesticides. One of the most common problems is leaf spotting often caused by a bacteria known as Pseudomonas syringae. It often begins with small yellow spots which gradually turn into brown larger spots. The culprits are often poor air circulation and excess moisture which you can prevent by leaving a 15 inches gap between it and other plants in your garden and planting the seeds in well-drained soils and avoid over watering. If you notice the problem begin using neem oil as it prevents it from spreading. Another common problem is powdery mildew which just as the name suggests, looks like a white powder coating on cilantro foliage most especially during summer. Again to avoid this ensure enough space between it and other plants and also ensure adequate moisture.

As mentioned earlier, it takes 40 to 45 days to germinate fully. So you are free to harvest from the 45th day by cutting the leaves/foliage once they are 4 to 6 inches long. Or you can reduce the whole plant up to about 2 inches above the ground and leave the roots intact. Since it is for home use, you are free to harvest and enjoy the sweet flavor it creates in food.

As you can see, growing cilantro in your garden does not require you to be some biological guru. To make it even better, it is not costly because it can develop perfectly without needing any fertilizers or chemicals to keep pest and diseases. It protects itself with its strong scent and proliferates such that in about three months, it is ready for harvesting. For continuous supply ensure you sow continuously, let’s say once every week so that when you harvest a particular portion, you will still be expecting more. 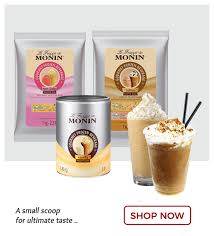